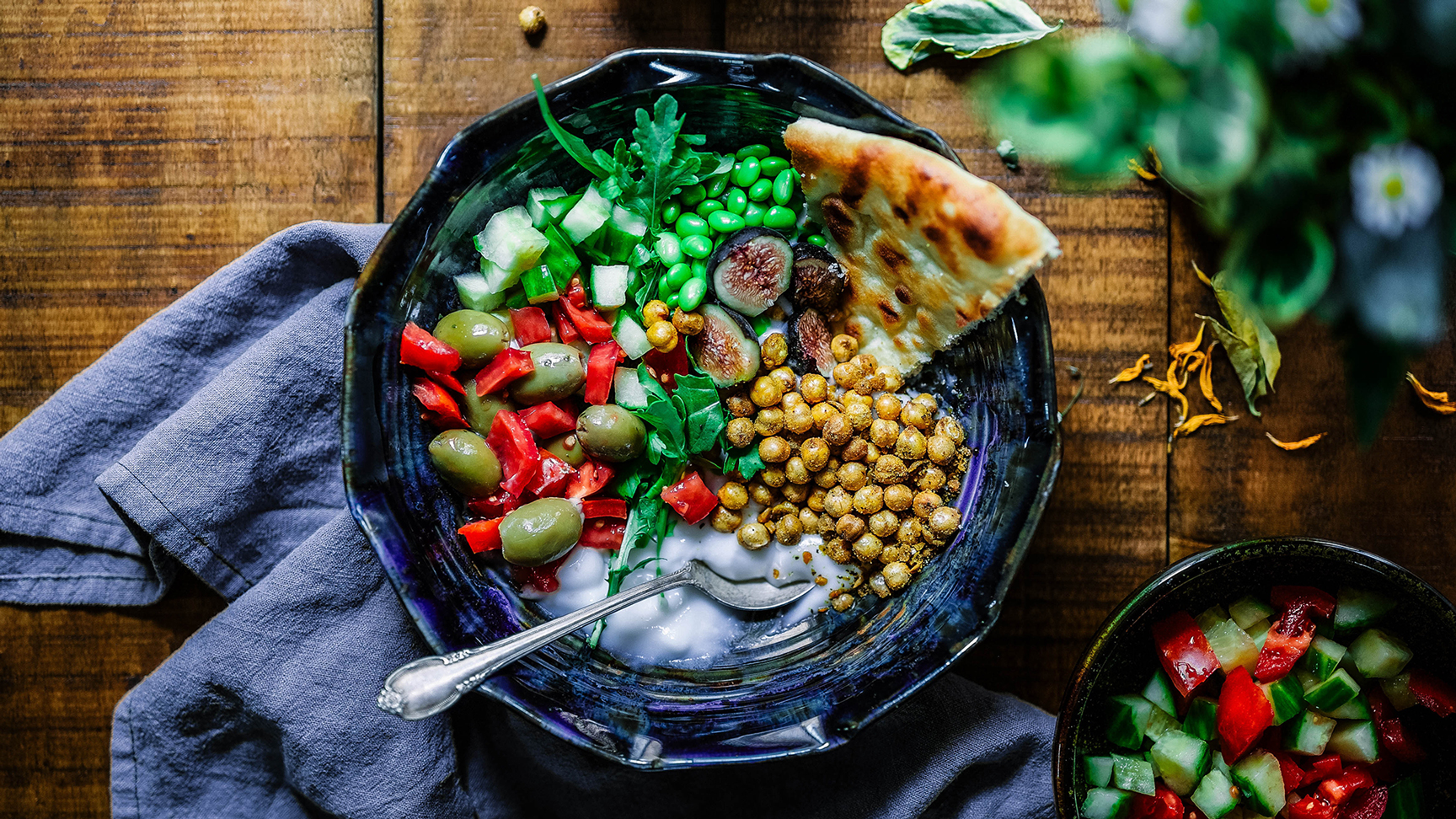 So You Wanna Go Vegan: the ‘Need-to-Know’s

Hey! So, you wanna go vegan. Congrats on taking this big step towards being a better human being. But, before you get too excited, there’s some stuff you probably need to know before you embark on your plant based journey. Let us begin.

It doesn’t have to be difficult

Ok, so first thing’s first. You might be thinking that giving up meat and dairy will be difficult.

On paper, perhaps the sound of giving up animal products seems a little daunting. If I cast my mind back to before I went vegan, there probably wasn’t a single meal I had that didn’t contain either meat or dairy in some form. What on earth will you be left with without animal products? Vegetables? Will you have to survive on kale for breakfast, lunch and dinner?

Of course not. We have easy access to a ton of vegan food; a lot of which you probably already eat. Admittedly, fruit and veg will become a considerable part of your daily intake, but that doesn’t mean you’ll be limited to the standard stuff you’re used to, or the typical way of cooking it. Greenery aside, some of the staple vegan foods that you will undoubtedly have encountered throughout your omnivorous existence include bread, pasta, rice, and legumes. This is before we even begin to divulge into the wonderful world of vegan ‘alternatives’; the exact same meals you’ll be used to eating, minus the unnecessary cruelty. If you’re unsure of what plant based produce your local supermarkets currently offer, I highly suggest having a browse of their websites and doing a ‘vegan’ search. You’ll probably be pleasantly surprised at the selection that most stores offer now.

My biggest tip for making veganism as easy as possible is to stay prepared whenever you can. In the seven months I’ve been vegan, the only times I’ve ever found it difficult is if I’m trying to buy lunch in a hurry, or if I go to a restaurant spontaneously without checking what (if any) plant based options they offer. Unfortunately, spontaneity and veganism don’t currently go too well together, but as the movement grows, that will change. For now though, always make sure you plan ahead. If you don’t have a decent sized supermarket in the vicinity of your workplace, bring packed lunches. If you’re going out for a meal, a quick phone call or Google search should tell you if that restaurant caters to your dietary requirements.

The only other aspect of veganism that some people consider to be difficult is ‘sticking’ to it. I don’t consider this to be an issue, because if you’re secure in why you’re vegan, it’s not something you are likely to falter on. I go into a little more detail about the reasons for veganism in this blog post.

When it comes to vegan recipes, tips and tricks, the internet is your friend. Seriously, Google has an answer for everything.

It doesn’t have to be expensive

A common misconception is that veganism is more expensive than eating an omnivorous diet. This absolutely does not have to be the case.

To be fair, a lot of vegan alternatives are more expensive than the non-vegan versions, but you don’t need to buy them. I very rarely buy processed meat alternatives or non-dairy cheeses, and I find that the variety and flavour of the food I eat now is far better than what it was when I ate meat, whilst being much cheaper.

In fact, if you take vegan alternatives and processed foods out of the equation, the most expensive products I buy when I go food shopping are fresh fruit and vegetables. All of your cupboard staples, like your tinned produce, pastas and grains, are super cheap and can be stored for a long time without going off. You can simply stock up your cupboards with dried and tinned stuff, and then top up your fresh goods as and when you need them.

This does mean, however, that you’ll need to be able to cook. Like, from scratch. If you rely too heavily on ready-meals or cook-from-frozen stuff then life as a vegan can get expensive pretty quickly.

If you’re not too proficient at cooking, whether it be vegan or otherwise, don’t panic. Like I said before, there are so many resources available online that you should be able to find something to cook that isn’t leaps and bounds out of your comfort zone. I started with a lot of curries and chillis; these sorts of dishes often require you to chuck a load of ingredients into a pot and let it simmer. Serve with some rice and you’ve got yourself a tasty meal.

If you get to grips with cooking from scratch, you’ll find that veganism can be wonderfully inexpensive, without it feeling like you’re missing out on anything. Collect a library of hearty recipes to experiment with and you’ll soon find that you’re eating better meals, and spending way less money in the process.

It is supposed to taste good

Do you have any idea of how much potential a butternut squash has? Do you know what magic you can conjure with a tablespoon of peanut butter?

Since turning vegan I have eaten some of the best tasting food I’ve ever had in my life. That’s not an exaggeration. And I loved the taste of meat. But in the past seven months, I’ve tasted curries that would rival the juiciest of steaks in flavour, seitan fillets crispier than KFC, and cakes more indulgent than any of the non-vegan counterparts I’ve had before.

As I pointed out before, and as is also the case with non-vegan food, vegan cuisine is only going to taste good if you cook it well. If you, like me, can’t cook for shit, it’s important not to give up if you fall at the first hurdle. Your first vegan dinner might not taste amazing, but practice makes perfect. I look at vegan cooking completely differently to the way I used to approach making meals. Before, it was very much about combining a meat component with some veg and calling it a day. My vegan dishes, on the other hand, rely on the synchronicity of ingredients, seasonings and aromatics to create a fragrant, flavourful dish. It’s always an experiment, and it’s always an enjoyable process.

If you don’t trust your own cooking abilities to do vegan food any justice, and you want to experience some delicious plant based goodness before you make the switch, I’d recommend finding a reputable restaurant that offers a variety of vegan options for you to try. Fortunately for us newbies, the vegan movement is bigger now than it ever has been, meaning even the meatiest of restaurants are beginning to cater to vegans. Take a look at this list of popular chain restaurants that now offer plant based options; I bet you’ll be surprised at some of the names on there.

The takeaway here is to never settle for mediocre-tasting vegan food. It might take a while for you to learn how to cook it well, but when you do, I can guarantee you won’t miss animal products for a second.

People can be dicks

Unlike unnecessarily slaughtering sentient beings for food, veganism is a personal choice. For something that doesn’t affect any of the non-vegans around you, your choice to live completely plant based can invite some strange and unwanted negative attention. Let’s deconstruct this for a minute, so we can all begin to understand why some omnivores are total dicks.

Veganism, as a whole, is a positive moment that benefits humans, animals and the planet. To me, it means living as close to a cruelty-free life as is humanly possible. So, what is there not to like?

I believe that existing as a vegan serves to question the choices of a meat-eater, because you are living, breathing proof that consuming animal products is totally unnecessary. A lot of omnivores feel like they need to eat meat, and because it’s a ‘necessity’, they have fooled themselves into thinking that it’s possible to love animals and eat them too. This, as we know, makes literally no sense. For most of us in today’s day and age, living as a citizen of a first world, highly developed country, there is absolutely no real need to consume animal products. And meat-eaters don’t always like to hear that.

I can only hope that the people you associate yourself with are entirely supportive of your choice to be vegan. If and when you do encounter people who try to question or argue against your decision, I find it’s important to make sure you’re well-versed in valid arguments for veganism, and can keep calm even if a debate gets heated. Remember, your choice to be vegan doesn’t have a negative effect on the omnivores around you, so if someone is disgruntled by your plant based status, it probably says more about them than it does about you.

People can also be pretty cool

Fortunately, it’s not all doom and gloom. While you will get the occasional dickhead asking you where you get your protein from, you’ll be joining a growing group of people who are striving for a cruelty-free planet. I have met so many supportive vegans who are more than happy to share tips, tricks and recipes that have made the transition into a plant based life blissfully easy so far.

And it’s not just other vegans; I’ve found a lot of joy in exploring veganism with my non-vegan friends and family, too. Even though there’s a chance that some of my loved ones will never fully convert to veganism, I’m really enjoying showing them how delicious vegan food can be, and seeing if I can encourage them to switch some of their animal products for vegan alternatives. There’s so much potential when it comes to a plant based lifestyle, and even small changes will make an impact eventually.

As the movement grows, I’ve started to see more and more vegan options pop up in stores and restaurants, which is really exciting. It’s becoming easier to go out for a meal without compromising on what you want to eat, even if you’re in the company of meat-eaters. The more people that decide to make the switch to veganism, the more options will be made available to us as businesses increase their supply to meet our demand for plant based products.

Unlike with your standard ‘diet’, veganism welcomes you into a real community. I’ve found that the vast majority of vegans I’ve become acquainted with through social media in the past year share strikingly similar values and morals, meaning there is an overwhelming amount of support every time I share a picture of my latest vegan food creation, or if I seek out plant based advice and tips.

For every 1 person that will mock or scoff at veganism, there are 10 more encouraging you to keep it up.

These are what I consider to be the basic things everyone needs to know before they make the switch to veganism. My experience as a vegan has been a wonderful adventure so far, and I’m looking forward to see what deliciousness the future holds. If you’re thinking of going completely plant based in the near future, I wish you the best of luck on your new vegan journey!