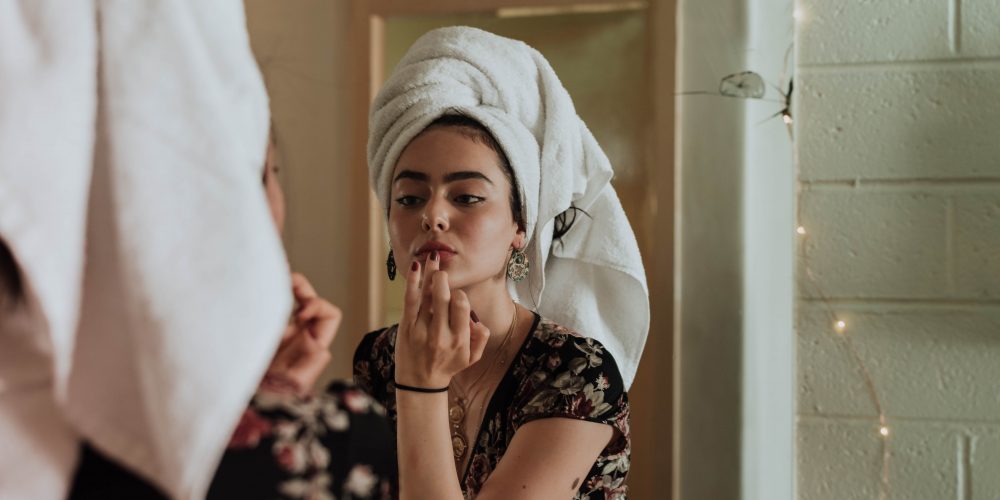 Pressures of Being the Perfect Vegan

There’s a saying that’s been doing the rounds on social media that reads: ‘When you’re at the supermarket and you see someone studying the ingredients list on the back of packets, you know you’ve found a fellow vegan.’ It’s something that resonates with all of us; even in an age when it has never been easier to be vegan, we still take it upon ourselves to be extra careful about the products we purchase.

But, do we take these precautions for the sake of our own conscience, or our health? Or, is it due to what feels like a giant magnifying glass looming over us from the moment we declare ourselves as vegan?

I gave up meat and dairy in January, and since that time I’ve encountered a number of stumbling blocks that threaten to invalidate my status as vegan. I’ve purchased vegan-friendly snacks only to be told that the company that manufactures the product supports animal agriculture, or creates another non-vegan product in the same factory, so I should really steer clear if I want to be a ‘proper’ vegan. There are people that believe that some reasons for giving up animal products are better than others, and that if your main motivation is health, you’re not as ‘good’ a vegan as the ones who do it for the sake of the animals.

If we were to look through the eyes of an animal welfare activist; someone who went out and demonstrated in the streets, attended slaughterhouse vigils, or worked for charities, then perhaps it would be easier to understand this point of view. When you are doing so much for the cause, it may seem unfair that someone would be given the same title of ‘vegan’ as you, just for switching out a few dairy products for vegan alternatives, or being a bit more careful about where they buy their makeup from.

It is undeniable that some people ‘do’ more in the name of veganism than others. For some, veganism is really nothing more than a diet, while for others it is a way of life. However, we’ve all heard at least once that ‘one person will never make a difference’ and refuted the statement, arguing that even the smallest of changes to your lifestyle will have an impact on your health, the environment, and the lives of countless animals. If that really is the case, then why are we so quick to point out to other vegans that there is so much more they could, and should, be doing?

To me, it doesn’t quite make sense. I have come to consider veganism as a community that is inclusive of all, regardless of wealth or status. We are all striving for the same world; one where humans no longer inflict unnecessary cruelty upon other living creatures in the name of food, beauty or fashion. If we are all fighting the same battle, then we are all on the same team.

The prevalence of social media in recent years has been both a huge blessing for the vegan movement. We are able to connect with likeminded people that we would otherwise never have met, and the opportunity to discover new recipes, products and vegan events is easier to grasp than it ever has been. But, at the same time, there’s a level of disparity between what we choose to share with the world on social media and the actual reality of our day-to-day lives. It’s relatively simple to present yourself as the ‘ideal vegan’, by only sharing the dinners you make that look beautiful in a photo, or ensuring you get a great photo-op at every animal welfare event you manage to attend. We don’t always show the days when we sit inside watching tv, or resign to eating peanut butter on toast for dinner because we’re stuck for ideas on a brand new, ground-breaking vegan recipe.

When we scroll through Instagram and are presented only with our vegan friends’ greatest, most picturesque triumphs, it’s not uncommon to feel like we’re not doing enough. We begin to hold ourselves to an impossible standard, feeling that unless we are out advocating, demonstrating and volunteering every day, then we’re not a ‘good’ vegan. The problem with this way of thinking is that we lose sight of what is really important.

To me, being vegan means doing your best to live as close to a cruelty-free life as possible. It is a journey, and one that is often littered with little mistakes and stumbling blocks, recipes that go wrong and products purchased which contain a non-vegan ingredient that we’ve never heard of. But our status as vegan should not be defined by the mistakes, or by other peoples’ journeys. It should be defined by our attempts to try. Making any change to our lives for the better, no matter how big or small, is an achievement. If you have been vegan for years, or for a matter of days, the decision you made to change a part of your life for the sake of someone else is what being vegan is all about.

There is no one specific way to achieve ‘perfect vegan’ status. Your actions, regardless of how many or how few there may be, are contributing to a far greater picture. When we are all players of the same team, it is the joint effort of every single vegan that will make a difference. Besides, every journey, no matter what it encounters on the way, starts with the same decision: to live better for the sake of the animals, the planet, and for the generations that will live here long after we are gone.