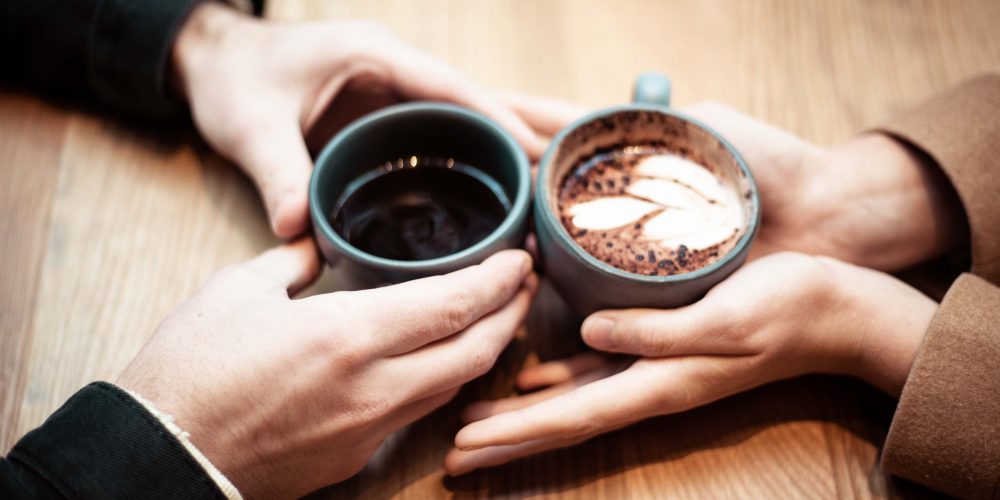 Not My Usual Type

“What are we doing for dinner tonight?” It seems a simple question, but it’s not without its complications.

First, we need to decide on which part of the planet will inspire our meal that evening (“Shall we just order an Indian?” he’ll say), before battling over who will have to make the inconvenient pit stop at the shops on their drive home from work to retrieve missing essential ingredients (a fight I will inevitably win). Once shopping bags have been emptied out onto the kitchen counter, we each step up to accept our responsibilities for the evening; one will cook, the other will clean up after. It’s a familiar routine for most couples and, for many, it’s one that usually runs smoothly. For others, however, there are some extra obstacles that need navigating at dinner time; like organising a meal that is enjoyable for both parties, when only one of you is vegan.

When I first gave up animal products, as a single woman, living alone, I was never given any direction on how to handle romantic relationships with non-vegans. At the time, it never occurred to me that I would need such advice. I had always considered my choice to be so inherently personal that it could never be affected by the thoughts or actions of the people that I chose to surround myself with. Perhaps it was my newfound independence that lead me to think this way; I was shopping and cooking for myself, so whatever a hypothetical, future boyfriend decided to eat was not something I needed to concern myself with.

However, around half a year into my vegan journey, I found myself in a relationship with a very literal, very present-day boyfriend, whose decision to eat animal products on a daily basis would end up affecting me more than I had ever imagined. Whilst I was never prompted to eat animal products myself, witnessing him using meat and dairy products in his own meals would sometimes have me questioning whether or not I should have been less accepting of a relationship with an omnivore. After all, isn’t it our duty, as vegans, to date people whose own morals align exactly with our own?

As unpopular an opinion as it might be, I’m inclined to say no. Perhaps I’m a little biased; as a vegan who is currently living very happily in the same household as an omnivore, it’s very easy for me to proclaim how well the dynamic can work. However, there’s no sure-fire way to guarantee that any two people will be happy together (whether it involves veganism or not), as the success of each relationship works on a case-by-case basis.

I know plenty of vegans who would refuse to ever be in a relationship with a non-vegan, and it’s easy to understand why; when so many of us consider veganism to be one of our most unshakeable core beliefs, it can be hard to imagine sharing our lives with anyone who doesn’t feel the same way. The issue becomes even more complicated when you consider living with someone, which involves sharing a cruelty-free kitchen with a meat-eater and often being subjected to witnessing the use of animal products. For some, this can simply be too much.

However, for those of us who do decide to engage in committed relationships with non-vegans, there are a number of important factors we must consider. Firstly, why has our partner decided against veganism? Is their decision a permanent one, or are they open to change? Would it bother us if they never turned vegan? Do they support our own lifestyle choices? Do they respect our boundaries, and encourage and support us to uphold them? And, a more universal question – would dating a non-vegan make us feel like we were any less of a vegan ourselves?

When navigating relationships, there is no one-size-fits-all rule that can ever guarantee a perfect partnership. Whilst my boyfriend has expressed that there is a chance that he will never fully turn to veganism himself, he is unconditionally supportive of my own choice to be vegan; ensuring that I never have to come into contact with the animal products that he consumes, and taking it upon himself to learn new and exciting plant-based recipes that we will both enjoy. In the time that we’ve been together, his meat consumption at home has been reduced to a fraction of what it was before we were dating, and he has switched all his dairy products for vegan alternatives. If there’s one thing to say about dating an open-minded non-vegan, it’s that there is always the possibility of helping them towards a more cruelty-free life than the one they had before they met you!

Just as we consider veganism to be a personal choice, the decision of whether or not to date a non-vegan is personal, too. Providing that our partners are supportive of our beliefs, and are open to trying new things, there is nothing to say that a relationship with someone who isn’t vegan can’t be successful. However, just as we must ensure that our partners are accepting of us, we must determine whether or not we can handle sharing a life and a home with someone who may still choose to consume animal products, before we commit to a serious relationship with that person. What’s especially important to remember, is that dating a non-vegan should not be seen as something that invalidates our own veganism, but rather as an exciting opportunity to show someone an alternative, cruelty-free way of living.