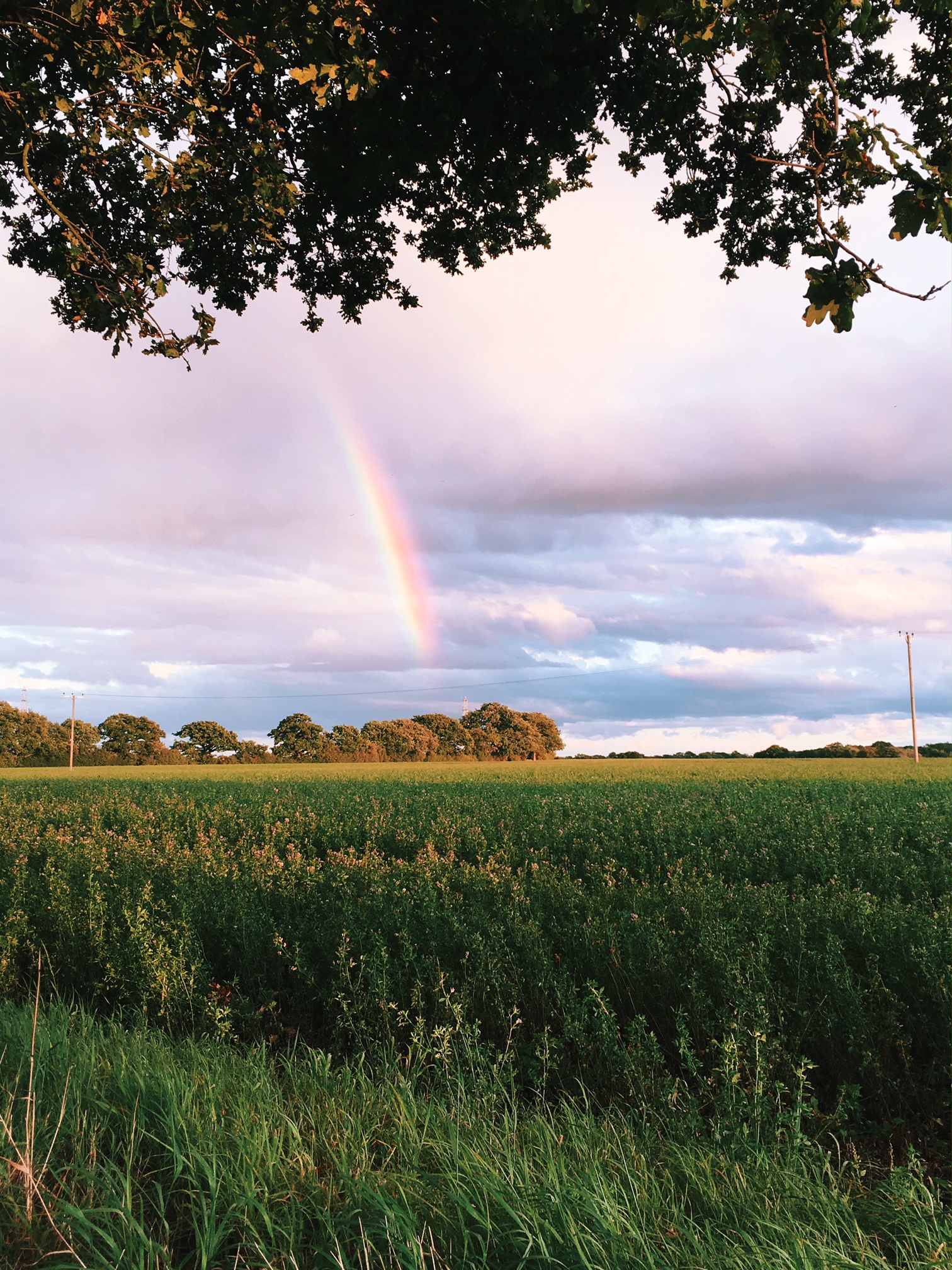 This afternoon, I debated whether to start watching Sex and the City from the beginning again.

I started binge watching the show from the very beginning the day I moved in, and just nine days later, I finished the last episode of the sixth and final season.

I’m not sure whether it’s the crass humour, the unattainable female camaraderie that I have been yearning for since my girl friends dwindled to none, or the ridiculous idea that a single female can turn a corner and stumble head first into the love of her life, but the show has provided real comfort since moving into my own place.

I’ve also undeniably been romanticising the Carrie Bradshaw lifestyle since I began binge watching, despite the fact that she has quadruple the number of friends that I do, I am quadruple the dress size that she is, and she is infinitely more comfortable with being alone than I am, ever have been, and probably ever will be.

She just makes it all look so easy. She wakes up looking impossibly beautiful. She smokes cigarettes in every other scene without ever looking like she, her apartment or her clothes ever smell of stale smoke. She naturally falls into passionate relationships with impossibly handsome men.

It seems like a lifetime has passed since I last wrote something.

Throughout the majority of July and the first half of August, my fingers felt as if there were tiny little magnets in the tips, that were drawn with a dull click to the keys of my laptop. I wrote incessantly, desperate to funnel my thoughts and feelings into whatever creative outlet would have the most lasting impact on the planet.

My last blog post was published over three months ago, when I was finally beginning to recover from the devastation of my breakup with my fiancé and the adjustment of having to move back home with my parents for the first time in two years. Since then, when I had hilariously thought that things had finally hit rock bottom and that my life could only improve, the universe has continued to test my dwindling levels of inner strength.

Around ten days before I was due to move to my new home, I turned up to work on an ordinary Wednesday morning to find I no longer had a job. None of us did, in fact.

Being made redundant at a stage in my life when I was desperately clinging to whatever shreds of stability I had left was obviously not the best-timed surprise, but it happened, and there was not a single thing I could do to try and stop it. I cried, I made phone calls, I Googled my legal rights, but the fact remained the same:

I was moving in less than two weeks to be closer to a job I no longer had.

My parents gently warned me that maybe I was putting too much pressure on myself by trying to move when I didn’t have a back up form of income, and perhaps I was better off staying with them for a while. I nodded, frustrated at how my tear ducts were still managing to release fluid against my will.

I didn’t want to be here any longer. It was nothing against my parents; I loved them dearly. But living away from them for almost two years made coming back home incredibly difficult, and I yearned for my own space again.

More importantly, moving house was the one silver lining that glimmered through the absolute shit storm that has been my life over the past six months. Let’s recap, shall we?

The week before that, I received a reminder that I need to pay off the remaining balance of my computer, totalling £685.

In the past two months, I have been diagnosed with depression and anxiety, confronted my ex fiancé about how he has been spreading a lie about me cheating on him for two years, and sat through a series of meetings at work where I’ve been criticised for my lack of enthusiasm and willingness to accept criticism by employers who have never thanked me for a single thing I’ve done.

In the past six months, I ended my engagement to my first love and boyfriend of five years, lost my home and had to move back in with my parents. I lost all of my friends, except for maybe two or three. I have cried myself to sleep frequently since the end of April. Oh, and one of our cats died last week.

I do not expect pity, nor do I particularly want it.

But what I would have liked this summer is a fucking break.

And I guess losing my job makes number three.

So, despite the care and concern I was gratefully receiving from my parents after the news of my redundancy, I was stubborn about the move. I insisted I’d find something else, anything else. I’d find a way to pay my rent, even if it was waiting tables or cleaning homes of the rich and undeserving.

I had to find a way.

So, the morning that our ex-employers announced that we were out of business, I drove straight to the local library, signed up for a library card, and then updated and printed out twenty copies of my CV. I drove straight to my soon-to-be new town, parked my car and wandered the high street, handing out CVs to whoever would take them. The proactive stance I was taking in a time that I would usually have crumbled in felt very alien to me, but I understood that it was because the things I was doing were mandatory if I wanted to move, not optional. If I wanted to move home, I needed a job. It really was that simple.

And although a few days passed before I heard back from anyone, I did manage to get a job, working at the Costa at the bottom of my local high street. I was due to start the Monday after I moved in.

And now, I actually walk to and from work everyday. Like, with my legs. I’ve been there over a month now, and while I still haven’t got to grips with making even a fraction of the broad selection of coffees they offer, I’m surviving. I actually laugh a lot throughout the day, and I get on with the whole team. It feels good to not feel completely hopeless all the time.

So, yes, I’m happy to report that I moved into my new home as planned, and although getting used to being alone on a day to day basis is something that is going to take time, I am getting used to it. It feels like every day is a journey towards finding comfort in my own skin, and in my own company.

Sometimes I wake up in the morning and for a split second or two, I forget where I am, fully expecting to open my eyes and see the cool grey walls of my bedroom at my parents’ house. Those few moments often send me spiralling into a debilitating bout of homesickness, where I find myself longing for my mum’s cooking and to hear my Dad’s voice. I make my tea the way I ask my nan to make it; with two sugars instead of the one I normally have, as a minuscule attempt to find familiarity in my new surroundings.

I’m beginning to find that the key to surviving living alone when you’ve never done it before is finding small, manageable ways to cope. I’ve always had my regular coping mechanisms (alcohol, cigarettes and texting my ex-boyfriend, to name a few), but when you’re responsible for your own physical, mental and emotional wellbeing there comes a time where you have to search for healthier alternatives that don’t tend to leave you on read, or with a hangover.

The alternatives I have found may not be the best (I still don’t think there’s anything wrong with watching Sex in the City all the way through for the third time), but they are improving. I am improving, as a human being.

I even went on a friend date. As in, I met a girl who I’d spoken to on the internet before, but in real life. I consider her now to be one of the best things that has happened to me this year, whether it’s due to her willingness to always be there when I need her or the weird way she pronounces ‘nugget’. Or her absolutely fucking adorable dog.

While we’re on the subject of friends, I’d like to take a second to briefly thank the older ones who have decided to stand by me despite my constant crying, bad habits and incessant need for reassurance that they don’t hate me. I know I can be a real piece of shit and often act like a literal overgrown baby, so thanks for not telling me to fuck off while I struggle to get to grips with this ‘adulting’ thing.

Also, a special mention to my family for reminding me that I will be okay and for telling me that you’re proud of me. Unfortunately due to the personality traits I’ve inherited from some of you (thanks, nan) I am struggling to write the appropriate words to express how unbelievably grateful I am for you all without crying, so I’ll just keep it short.

Mum, thank you for always being honest with me.

Dad, thank you for bailing me out and for telling me to stop crying.

Nan, thank you for the boozy nights in with microwave dinners and the hilarious reminiscent conversations about my parents when they were younger.

Thank you to my aunt and uncle for letting me stare at their gorgeous new baby for hours every time I come to visit.

And finally a big thank you to everyone who has made the journey up here to see me or to those that have shown their love and support for me in their own way. You all mean everything to me and I don’t think I could have survived the past six months without knowing that no matter where I am, I can always come back to one of you if I don’t want to be alone.

Moving swiftly on from the sentimental stuff before I start blubbering again, I’d like to let you all know that I am now also working on keeping an actual, real life plant alive. It’s a cheese plant that my aunt gifted me, and I figured it would be good practice at being responsible for another life before I get, like, a dog or a baby or something.

As it stands, there’s not much left to report. I still exist, I guess is the main thing to take away from this post. Like I said, it’s been a while since I’ve had the mental energy spare to write a damn thing. But hopefully, as this absolute bullshit year draws to a close, I can start looking forward to 2018 being a much more positive twelve months that will hopefully consist of less heartbreak, and more good luck and great opportunities.

Thanks for joining me on the ride.