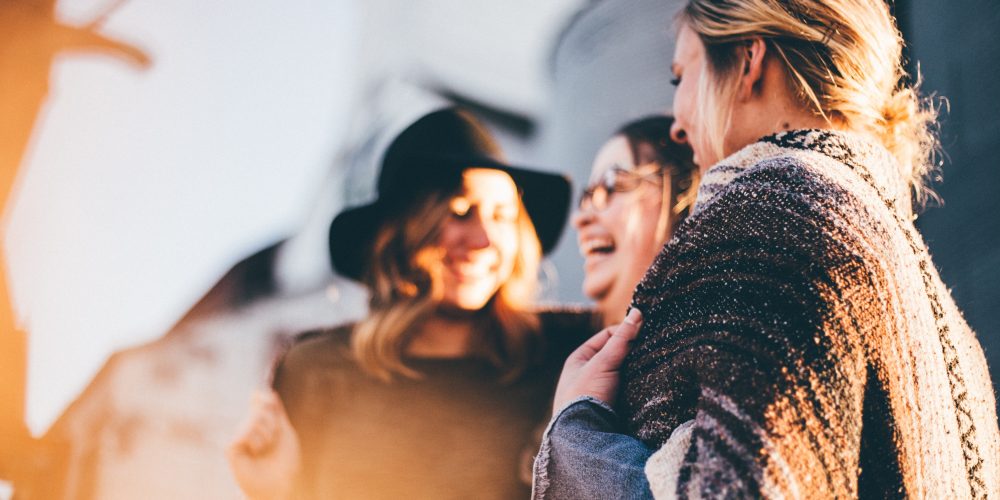 I’ve only been vegan since the very first day of 2018, but in that relatively short time my quality of life has changed drastically. My physical health has improved, I feel happier in myself, and my entire outlook on my environment and how ethically I can live has been transformed.

For something I consider to be so simple to have such monumentally positive effects on many different aspects of my life, I consider veganism to be one of the best decisions I’ve ever made. I find myself wanting to scream from the rooftops about what a joy it is to live a cruelty-free lifestyle, and how it really is possible to thrive on a diet that doesn’t require the suffering and pain of another living being.

Other than a few of my work colleagues, I have no vegan friends. I often try to put a positive spin on that statement and consider it an opportunity to convert the people I know and love to switching to veganism, but so far it’s been to no avail. My situation certainly begs the question; where do we draw the line between vegan advocacy and incessant preaching, and what happens if we draw no line at all?

Since turning vegan, a standard ‘lunch with the girls’ has an interesting new dynamic. First, there’s the issue of finding a restaurant that offers at least one vegan option that also caters to fussy omnivores with very particular tastes. Once we’ve settled on somewhere to eat, some of my friends appear visibly awkward when they order meat in front of me; a reaction I have always reassured them was unnecessary, as their decision to eat meat does not encroach on my ability to be vegan and ultimately, is their choice. ‘I feel like you’re judging me,’ they say.

Well, I guess I am, at least a little bit. I don’t mean to, but when you open your eyes to the reality of the animal industry, it’s almost impossible not to judge people a little bit for their decision to continue supporting it.

But being silently judgemental doesn’t benefit anyone, especially not my friends.

To begin a conversation about veganism with a group of omnivores is to risk hurting someone’s feelings. It probably won’t be deliberate, but ultimately it will serve to question their moral compasses, and will often highlight how their actions do not line up with what they claim to be their beliefs. This, in turn, can lead to them becoming defensive and closing themselves off from the conversation.

‘I have dogs; I love animals.’ They say.

‘No, you love your pets. You can’t love animals if you choose to eat them when you don’t have to.’ I reply.

It is an unfortunate truth that many people who eat animal products simply don’t want to accept. Before I went vegan, I was the same; it had become so easy to turn a blind eye to the reality of the way we used animals for our own gain.

When I talk about veganism, I try my best to avoid ‘preaching’. But what does it really mean? If I am explaining the benefits of something and offering a valid argument for the cause, is that preaching? Is it only preaching if I hurt someone’s feelings?

I’m beginning to learn that ‘preaching’ is often a term used by people who are uncomfortable with other people questioning the way they live, or suggesting that there are ways they could be living their life better. It doesn’t always mean that you are being too persistent when you talk about veganism, or that you are being overly critical of someone’s choices. If a friend accuses you of being ‘preachy’, consider discussing with them what exactly it is that they don’t like hearing. I often find that the people I love respond negatively to statistics about the treatment of animals in the meat and dairy industry, and that’s because the truth is horrible. I don’t like hearing about it and I’m vegan, so of course someone who supports that industry whilst truly believing that they do actually love animals is going to be unsettled by it.

But, that certainly doesn’t mean that they shouldn’t know about it.

If a one-on-one discussion with your friends isn’t yielding positive results, try offering them alternative educational resources, so they can still learn about veganism, but don’t have to feel so scrutinised by having their choices questioned by someone they care about. I’ve spoken to vegans before who have said that instead of receiving Birthday gifts, they’ve asked their friends and family to watch a particular documentary about the animal industry on Netflix. This type of approach may prove more successful than airing the truth about meat and dairy production over a casual lunch, because it takes the spotlight off of your friends and the choices they make that you disagree with. Pushing someone into a corner and telling them what they are doing is wrong is never the best way to advocate a cause, veganism or otherwise.

It’s important to remember that on the scale of my entire life, I have only been vegan for a very short time, and before I made the change I was a meat-eater too, just like my friends. If I had been judged, or criticized for eating animal products instead of educated and introduced to veganism in a positive way, perhaps it would have had an adverse effect on me.

We should be able to talk to our friends about anything, and that includes veganism. However, even if our friends aren’t vegan just yet, it doesn’t mean that the conversation has to be a negative one. If we try and approach the discussion gently, we will not be forcing our loved ones into veganism, but rather welcoming them with open arms.