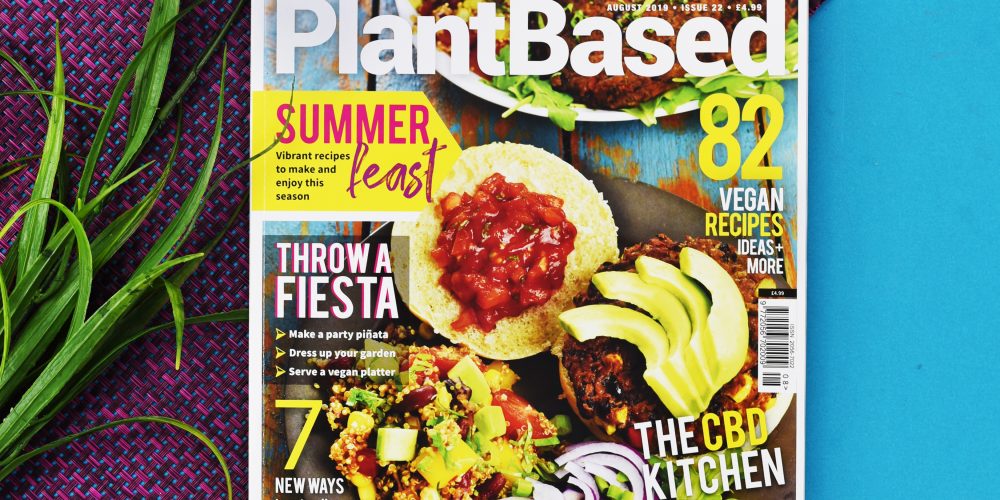 PlantBased Magazine is driving the vegan food revolution. The publication is considered to be the one-stop shop for plant-based recipes, as well as nutritional advice from industry experts and interviews from popular vegan chefs and entrepreneurs. With veganism on the rise, PlantBased Mag needed to present vegan food in a way that not only appealed to existing vegans, but also inspired readers who are not vegan, to dip a toe in the plant-based pool.

As the lead designer of PlantBased Magazine, it was my job to ensure a 116-page issue was designed, approved and sent to print by a regimented deadline every month of the year. At the beginning of each issue’s cycle, I would consult with the magazine’s editor, as well as an online system which displayed the proposed content of every page of the magazine, to familiarise myself with the running themes of that issue and the layout of its pages. By referring to the PlantBased branding guide (which was overhauled in early 2019 for a design refresh), I used Adobe inDesign to create each new issue, ensuring that the styling was consistent with brand guidelines and previous issues. Once approved, I needed to export the magazine in a print-ready format and send it to the printers.

Along with the hard copy, I also had to create a digital, interactive ‘app’ version of the magazine for PlantBased’s digital subscribers. I was tasked with generating a number of promotional social media graphics, as well as updating the branding of each of the magazine’s social media platforms each month in anticipation of the latest issue hitting the shelves.

PlantBased Magazine has printed over 20 issues to date. I have been the lead designer since October 2018, and single-handedly implemented the redesign of the magazine starting from the June 2019 issue. Focusing on stripping things back and letting the food do most of the talking, the redesign minimised the use of excessive colour and extravagant display typefaces, replacing them instead with luxurious white space and understated fonts. The result of this redesign is a bright, fresh face to the magazine, which appeals to the youthful readership that are looking for new and cruelty-free ways to enjoy cooking.