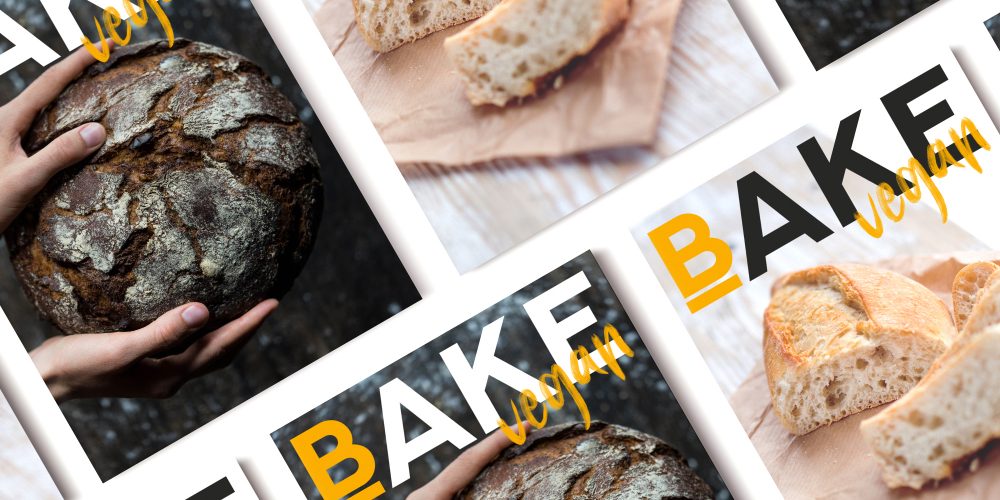 Bake Vegan was a bookazine which intended to venture into still relatively uncharted territory: vegan baking. With traditional, non-vegan baking being considered intimidating enough, the team behind Bake Vegan knew that the design of their bookazine needed to inspire even the most inexperienced of bakers to experiment in the kitchen.

Bake Vegan was targeting an audience of all ages – they wanted something that would not appear too intimidating for new bakers, but looked exciting enough to entice experienced (and not necessarily vegan) bakers to try something new. To me, this suggested a more minimalist design approach; let beautiful imagery do most of the talking, showing that delicious looking bakes could be achieved even with only vegan ingredients. It also needed to show something familiar enough for most readers to immediately recognise, whether it be a freshly-baked loaf of bread, or some doughnuts. The tone of voice would reflect this familiarity; the team wanted the bookazine to look welcoming, not intimidating, meaning the choice of typeface, colour and composition would need to have a relaxed, friendly feel.

Proving that ‘anything you can bake, I can bake vegan’, the bookazine would include both sweet and savoury bakes, from treacle tart to tear-and-share garlic bread. This gave me quite a bit of freedom when it came to choosing a cover image. Overall, I needed to ensure that the recipe which made it to cover was a real show-stopper – something that would make consumers want to go home and recreate themselves.

Bake Vegan was sold as a 40-page supplement to the September 2018 issue of PlantBased Magazine. Containing over 20 vegan baking recipes, as well as tips on tricky plant-based ingredients and the best kitchen gadgets on the market, the bookazine acted as an extra prompt for consumers to pick up and purchase PlantBased Magazine. The final cover boasted a spectacular strawberry cake; something perfect for impressing guests at a summer get-together.