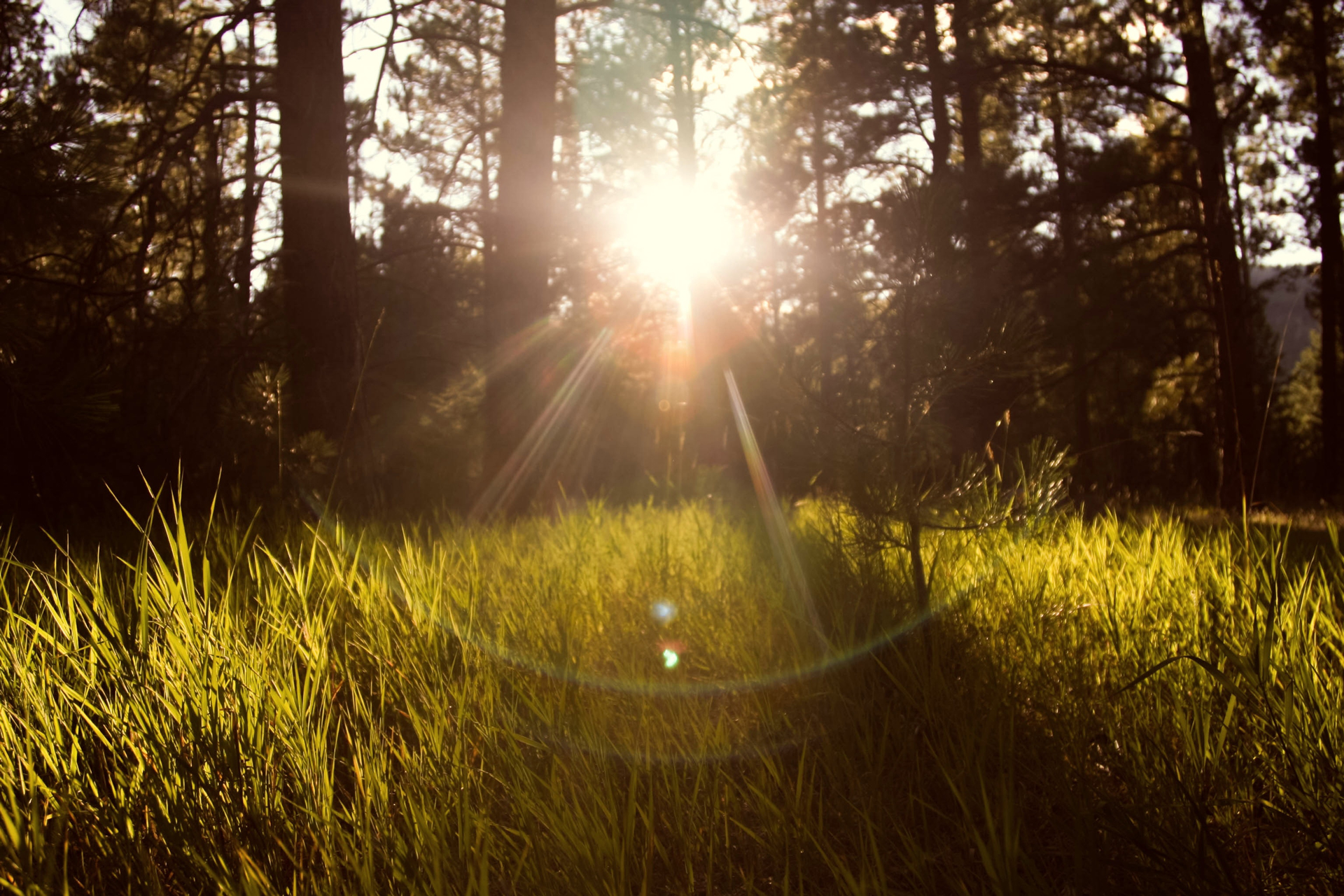 The Difference a Year Can Make

‘Did you put the pancake mix in the jug or in the bowl?’ I ask tentatively from the edge of the bed.

‘Jug.’ he mumbles, before rolling onto his belly and pulling the duvet over his head. His feet are left bare.

I scurry off to the kitchen and swing open the fridge door. It’s as bare as it usually is this late in the month, littered with containers of sourdough starter and leftover dinner. I take out a jug of pancake mix he had put together a couple of days prior and set a pan on the hob.

In ten minutes my boyfriend will walk in to find me defeated by unappetising mounds of half-cooked sourdough pancakes, and he’ll laugh and tell me it doesn’t matter, as he prepares to make them himself instead.

My weekday mornings play out like this now; idle chit chat over a rushed breakfast and a cup of tea. A kiss goodbye, an ‘I love you’ as we depart for work.

I feel like walking cliché, but the person I was a year ago could never have imagined the life I would be living now. I would have scoffed at what I now consider to be routine, denying that the man I come home to every night would ever have been within reach, or that I would have ever ended up in a job that I love as much as I currently do.

It was only after browsing a few old blog posts from last year that it actually hit me: so much in my life has changed.

It was little over a year ago that I wrote about my breakup with my long term partner and fiancé. A few months after that, I told you all about losing my job less than two weeks before I was moving house to be closer to work. I had been diagnosed with PCOS, lost nearly all of my friends, lost my beautiful home and had to move back in with my parents for the first time since I was 19, all whilst dealing with depression that was, (and currently still is) untreated.

A single glimmer of light managed to break through the nimbostratus clouds that hung permanently above my head throughout the majority of 2017. My now-boyfriend, then-best friend, acted as a life jacket when I needed it most. He kept me afloat as wave after wave of devastation cast a terrifying shadow over me, before crashing down with insurmountable force. When the sea finally began to calm, he pulled me up out of the water and onto the stable footing of dry land.

I remember one evening, a few months after the dreadful day in August when we’d both arrived at work to find that none of us had a job anymore, and had gone our separate ways in an instinctive attempt to find a new way of surviving. Since that day, he had found a new job, doing the same thing he’d done when we were colleagues. I, on the other hand, had lost the gumption I’d once had, and had settled for a stopgap job of serving coffee until I could face looking for more design work. Since moving out of my parents’ house, he had been the only part of my life that felt familiar. I would finish my shift at the coffee shop and walk to his house, for no particular reason other than to enjoy the company of someone who knew me well.

On this one particular evening, we had planned for him to come to mine for dinner, as he often did. I was scheduled to work a standard shift at the coffee shop, finishing with enough time to get home and begin making food before he arrived. My shift began as normal; pottering around, wiping tables, casually chatting to the colleagues I had begun to consider my friends at a time when I had felt most alone. I’d become especially close with a group of three girls, to the point where we had insisted we’d plan a sleepover soon, with wine and face masks and lots of incessant giggling.

Someone let it slip that those three girls had planned that very thing, for that very evening, and hadn’t included me in their plans.

I look back on that day now and almost laugh, because my outrageously emotional reaction to this exclusion seems so over the top now. But, back then, I felt like I had no one. My best friend was making new friends at his new job, and I was beginning to feel like a weight shackled to his ankle. The idea that I was successfully making my own new friends was something I clung to like a security blanket, and in the space of a two-minute conversation, it had been ripped away from me.

As someone with a questionably addictive personality and a plethora of self-destructive tendencies would, I responded to these feelings of rejection by drinking a lot of tequila and ‘singing’ along to loud music through pained sobs. I continued making dinner, taking occasional breaks to double over and cry hysterically until all the air had escaped my lungs. By the time he turned up I was an inconsolable mess, stinking like a brewery and my face soaked with tears. I had got to that stage of crying where both nostrils are completely congested yet you can’t stop sniffing, and had also reached the level of drunk where I had minimal control of my own hands.

He sat beside me, held a tissue to my nose and told me to blow.

We spoke about that evening recently, over a glass of wine in our living room. We laughed about it, commenting on how bizarre it was that less than a year ago I was struggling so much. We reflected on how much we both had suffered over the past twelve months; each enduring breakups, being made redundant, moving house multiple times. It felt that, at least in part, we were one of the only sources of stability to one another during a time where everything had felt so up in the air.

The journey between us being colleagues, to being friends, to being best friends, to being a little bit more than friends, to being a lot more than friends, to being in a relationship, was one that took, in total, about three years. Sometimes, when I wake up in the morning and he’s still asleep, I’ll study his face for a little while. I can’t believe we made it here, I think to myself. When we were close friends, our relationship was built on a foundation of banter and arm-punching, calling each other by horrible nicknames and poking fun at one another whenever the opportunity arose. The shift in dynamic when we became ‘official’ was hilarious; it seemed so unnatural to be holding hands in public at first. When either of us said something nice, the other would fake-gag, and the first time I accidentally called him ‘babe’, the silence that fell across the room was deafening.

But, as things have their way of doing, loving each other soon felt like the easiest thing in the world.

We were both wary when I first moved in with him, back in June. He knew I was an early riser, and I knew that he liked to stay up at night until ungodly hours of the morning. He was worried about me leaving all my stuff lying around, while I was concerned I would always come second to his computer games.

‘I just found one of your hairs baked into my bread’ read a text he sent me at lunch time today. I almost spat out my lunch, laughing. As are all of the women on my mum’s side of the family, I was blessed with very thick hair, meaning that stray strands end up on the floor, in the sink, and apparently in my boyfriend’s homemade sourdough loaves.

We back and forth throughout our lunch hour, talking about how nice it will be when we win the lottery. I tell him I can’t wait to give him a great big kiss, and he says he can’t wait either. Most of the time I wonder what we could have possibly be worried about. Of course, there is the usual bickering; who’ll do the hoovering, who left the empty loo roll on the holder instead of changing it. Usually I’m in the wrong. But, for the first time, I don’t really mind.

When we get home, we’ll talk in brief about our days at work.

Since January, I’ve been working as a graphic designer for an events and media company that produce a number of the country’s leading vegan and yoga magazines. I write a column, called ‘My Vegan Diary’, for one of the magazines, and I help design bits and bobs for the other magazines and exhibitions that we organise. Last week, after learning that one of my dearest colleagues is leaving for a new venture, I was offered the opportunity to take the design lead on PlantBased Magazine. As of October, the entire issue will be up to me to design.

I absolutely fucking love my job.

I’ve been vegan since January, considering my new job as a sign that now was a better time than ever to give up animal products. I haven’t looked back since; finding that a plant-based way of life has brought me better health and happiness than any other diet I’ve tried. I have a clearer conscience, and I enjoy my food more than I ever did before.

My love for veganism is not only reflected in my work life, but in my hobbies too. I’ve always dabbled in illustration, but at the beginning of this year I found new life in my artwork. As summer approached, the inspiration for my vegan illustrations came in waves; largely due to the incredible activists and fellow animal lovers I’ve met on Instagram in the past few months. I’ve even got plans to turn some of my designs into t-shirts.

After a few sporadic blog posts over the past year or so, I’ve started writing more regularly again, which I usually consider to be a sign that my life is on the up. I’m finding inspiration everywhere; from work, to social media, to the feeling of being in love with someone who loves me back.

There’s not really any moral to this ‘story’; honestly, it just feels good to tell you that things are going well. I can’t remember the last time I wrote a blog post that wasn’t full of doom and gloom. But it just goes to show the difference a year can make; I’ve gone from living out one of the worst years of my life to one of the absolute best, and I could never have predicted any of it.

All I can keep hoping is that the next year of my life is even better. We’ll just have to wait and see.